A former transportation hub, West Brownsville lies along 1.4 acres on the inside of the sweeping curve of the Monongahela River in Washington County. Culturally, by postal route, and socially, the community is part of its cross-river sister-city, Brownsville. The two were long joined by the Amerindian trail known as Nemacolin’s Path that became a wagon road after the American Revolution.

Remarkably, West Brownsville’s Main Street contains a railway and freight trains pass right down the center of that Main Street. 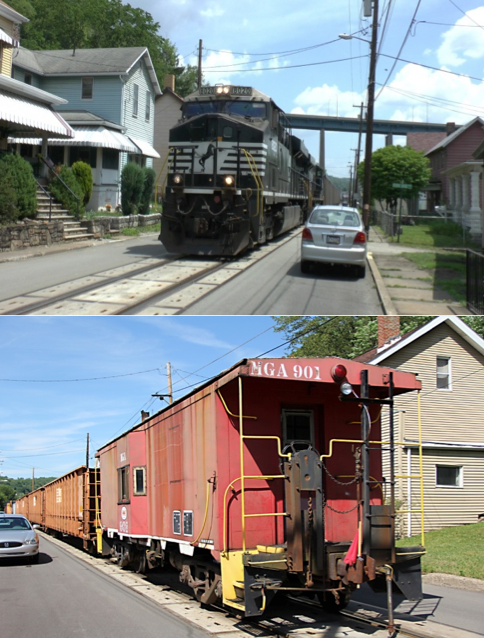 A ramp to the river is accessible to the public with limited parking for vehicles/trailers. There are no tie ups for boats. For the most direct route to the ramp, take 88 South (Blaine Hill Road) into West Brownsville from Route 40, turn left onto Middle Street and the ramp will be on the right side after the fourth intersection. Some of the street signs in that area are missing or don’t agree with what will show up on internet maps so it can be a bit of an adventure