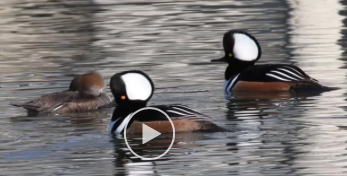 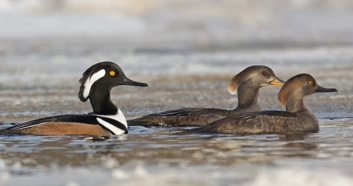 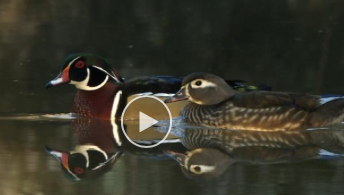 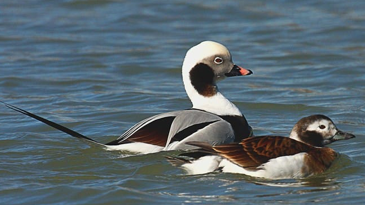 It’s 6:50AM on a Saturday morning (Dec 15) and I’m heading to my first Christmas Bird Count. It’s cold, dark, and raining. Yippee.

What’s a Christmas Bird Count ? It’s a program administered by the National Audubon Society that uses volunteer birdwatchers to take a census of birds in the Northern & Western Hemisphere winter. Yep, that’s right. Folks go out into the cold winter woods to count numbers & species of birds. Then they report this to the Audubon Society.

Dating back to Dec 1900, this is described as the longest running citizen science survey in the world. Now in year 118. The Audubon Society also partners with several other organizations in the rest of the Western Hemisphere.

According to a Facebook post by Robert Mulvihill of the National Aviary, there are 15 designated counting circles in SW PA. Each is headed by a Compiler who, as the name implies, compiles the data for that particular circle & sends it up the ladder. I’m joining the Washington Circle where the Compiler is Thomas Contreras, a Professor in the Biology Department at W & J. That’s where we’ll meet. Several other volunteers show up there. Others will be heading out directly from home to their pre-designated area in the circle. Others will be counting at bird feeders. No doubt they’ll be warmer & drier than we’ll end up.

After short discussions I’m partnered with a life -long birder. And ‘partnered’, in the birding sense only since he’s the senior managing partner in a prestigious law firm and I’m an unpaid summer intern just finishing up pre-law. (See ‘gofer’ or ‘nephew’, whichever applies.) Although, in this case, my partner was more than companionable. And if you’re going to spend 3 hours walking in the cold rain with someone, companionable is the least that you hope for.

We got our assigned area and headed out. We ended up south of Washington in the area around Prosperity & Bells Lakes, crisscrossing Ten Mile Creek or some tributary  several times.

A few things I learned from my birding partner :

There’s a big difference between a ‘walk in the woods’ and a birders ‘walk in the woods’. The latter is much, much, much, slower. In 3 hours in the field my partner estimated that we’d only walked about 1.5 miles. After all, if you’re looking for ” little brown jobs ” (an informal  term referring to the large families of small plain colored birds) hiding in the brush you have to look long & hard.

“Pishing” is simply the act of saying “pish,pish,pish” several times in the hope that a curious bird will poke it’s head out of the brush. You do it in the same tone you might use in saying “Psshh” to someone. Not too loud. It didn’t help flush any birds that day but, later, it would get my dogs attention every time.

“Squeaking” is another form of pishing. To squeak, nosily kiss the back of your hand. This makes a noise, you hope, like a bird scolding a predator. It can entice other birds to join in.

You can also get something called a “squeaker”. A little noise maker to do something similar. Although when I searched “birders squeaking noise” I got a video of a parrot that made a squeaking sound when squeezed. Followed by an endless series of videos of parrots making funny sounds. Who knew?

The binoculars recommended were typically described in range of 843 or 845 to 1050. The 8 or 10 refers to magnification. And there’s a tradeoff. The lower magnification gives a wider field of vision while the higher magnification offers  a narrower field. For hand held binoculars, and for following a bird in flight, a wider field is very important. And water proof binoculars with good lens optics do not come cheap. A truly good pair can cost $1500-$2000.

Well, it rained the entire time we were out. And the temperature hovered around 46F. Chilling. About 2 hours into the field trip I decided I better put my gloves on or I wouldn’t be able to grip the keys for my cars ignition.

Did the birds cooperate? Not so much. In that weather any bird with an instinct for self -preservation was hunkered down in the thickest brush it could find, trying to stay warm and dry.

But, will I do it again? Absolutely. It is a way to learn something new while doing something worthwhile. And if you’re lucky, that’s as good as retirement gets.

If you’re a birder, or curious about what birders do, or maybe just looking for an outdoor  activity and to meet some new people interested in nature, consider the following:

I am happy to announce that the Washington PA’s 45th Annual Audubon Christmas Bird Count will be held on Saturday, 15 December, 2018.

Field participants will meet at 7:30am in 305 Dieter-Porter Hall (W&J College) at the corner of College St. and East Maiden St.

Field participants should be able to park in the Grant Street lot across from Swanson Hall at the corner of Grant St. and Lincoln St. or in the lot directly behind Dieter-Porter Hall (access to lot from College St.).

It’s important that those of us doing field counts meet to discuss coverage and travel within the count circle.

If you absolutely can’t make it in to W&J that morning, but would still like to participate in the field count, please contact me the week before the count so we can arrange proper coverage for the count circle.

If you know of anyone else who would like to participate, have them email me.

For those of you watching your bird feeders on the day of the count, I have attached a checklist which you can fill out and send back to me sometime before 20 January, 2018.  Remember to only record the maximum number of individuals of a particular species you’ve observed at one time—this will help to avoid double-counting of individuals.

Thanks to all of you for your help with this year’s count.

To see results from previous years, go to http://netapp.audubon.org/cbcobservation/ and enter “PAWS” as the “Count Code”.  Results go all the way back to the first counts for this area in the 1970’s.

Also, my cell phone number is 724-413-2310 in case there are any weather-related issues on the day of the count and you want to contact me to determine the status of the count.